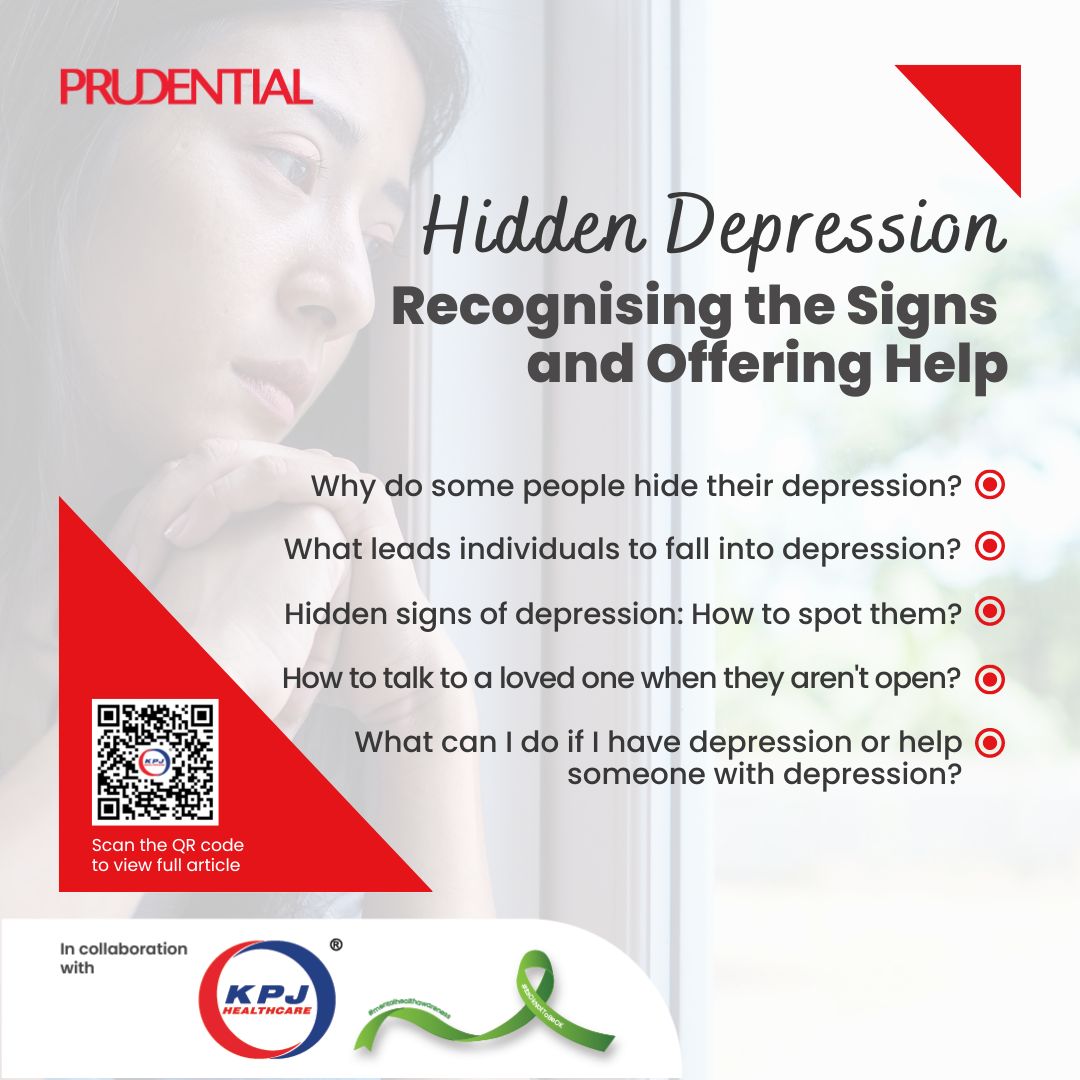 Why do some people hide their depression?

"Mental". That one word alone unfortunately still unlocks a plethora of negativity and stigma, and represents something which is frowned upon. The topic surrounding mental health is a taboo, something which is just swept under the rug, and therefore hinders much needed open communication and discussions to help those going through mental health challenges.

This, among other reasons, is why many individuals choose to suppress and hide their problems including depression. On the surface, the people around us may appear to be happy and carefree, hiding behind their smile and going to great lengths to conceal their true feelings. However deep down, they may be going through a painful and lonely journey which could ultimately be harmful to them and others.

But what leads individuals to fall into depression?

It is usually a combination of several different traumatic experiences, mainly surrounding a person's personal life and the feeling of not being able to cope. This can include the loss of a loved one, physical, sexual or emotional abuse endured whether past or present, substance abuse, illnesses, as well as new changes in their life such as marriage / divorce, stepping into a new job, retirement / loss of income and having a baby.

Going through many life-changing events, regardless whether positive or negative, can take a toll on a person’s mental wellbeing. Often times, they are unable to cope or share these experiences with their loved ones because they are embarrassed and do not want to burden others with their problems. Due to the stigma surrounding mental health, an individual going through depression may also fear the repercussions these so called “negative experiences” can cause.

In addition, it is also quite common that people unintentionally hide their depression because they don’t even realize that they are experiencing it, yet display many of the symptoms such as poor concentration and are persistently in a low mood.

Hidden signs of depression: How to spot them?

Recognising the signs of hidden depression especially in our loved ones is no easy feat, which is why each of us should educate ourselves with such vital information and knowledge. One of the reasons it proves to be difficult in recognising hidden depression is that symptoms differ extensively from person to person.

Some of the more common and typical signs of hidden depression, sometimes known as “smiling depression” can include the following.

How to talk to a loved one when they aren't open

Even after you have identified these signs of depression in a loved one, it can be tricky to broach the subject. The most important thing to remember is to offer non-judgmental support and make it aware that you have no ill-intentions.

What can I do if I have depression or help someone with depression?

If you feel you are struggling with your mental wellness, it is important to seek help from a mental health professional. KPJ Healthcare offers mental wellness packages at selected hospitals which include several assessment and screening sessions. They have also recently launched the “It’s OK Not To Be OK” mental awareness campaign nationwide to create a positive perception towards Mental Health Issues in Malaysia. For more information, visit www.kpjhealth.com.my/hereforyou

At Prudential Malaysia, their goal is to help people achieve the best in life in every aspect, including mental wellness. That is why they have introduced plans that offer coverage for mental health, PRUAllCare, PruBSN Anggun, and PruBSN Sinar, benefiting people of all ages. For more information, visit https://bit.ly/3ylEUU1